My mother used to sing I Had a Little Nut Tree to me; a wistful and melancholy song about a tree that won’t bear fruit…. “but a silver nutmeg and a golden pear….” And then along comes the king of Spain’s daughter, “all for the sake of the little nut tree.” As if that were a sad and bad thing.

Perhaps the person who wrote the lyric would have preferred to rest in the shade of the tree without any unwanted intrusion. If you’re not tired of stories about nursery rhymes, I remember another verse: “Rock a bye baby on a tree top, when the wind blows the cradle will rock, when the bough bends the cradle will fall, and down will come baby cradle and all.” I wonder whether anyone has the time to rock babies anymore. I remember doing this for hours and I watched my mother do it; we had prams. It seems as though nobody has the time anymore to rock babies, although to sit under a tree and let the mind wander was not something I ever had time to do with toddlers at my feet, and children to walk to school.

We did plant seeds and I bought all my children a fruit tree and we planted them in the back gardens (we moved house 5 times), and they moved house with some of them them in pots; the others we had to leave behind.

I hope you like the photo of my first three children playing under a willow. There were, and still are, willows by the pond in Ham, Richmond where I grew up, and I’m fond of them.

I’ve planted several trees in every garden I have owned, probably intending to one day sit under them. I thought I might list them here, although I’ve been back and they have mostly been cut down. I planted a mimosa in my second house, a horse chestnut and two cherry trees in my 4th house, and two Cercidiphyllum japonicums in my 5th house.

Last year (2017), I planted a nut tree; it didn’t enjoy the shade of the neighbour’s bushes so I moved it to the front garden, just before all that rain we had in late August. They say that nut trees are for future generations, so perhaps this one will survive. 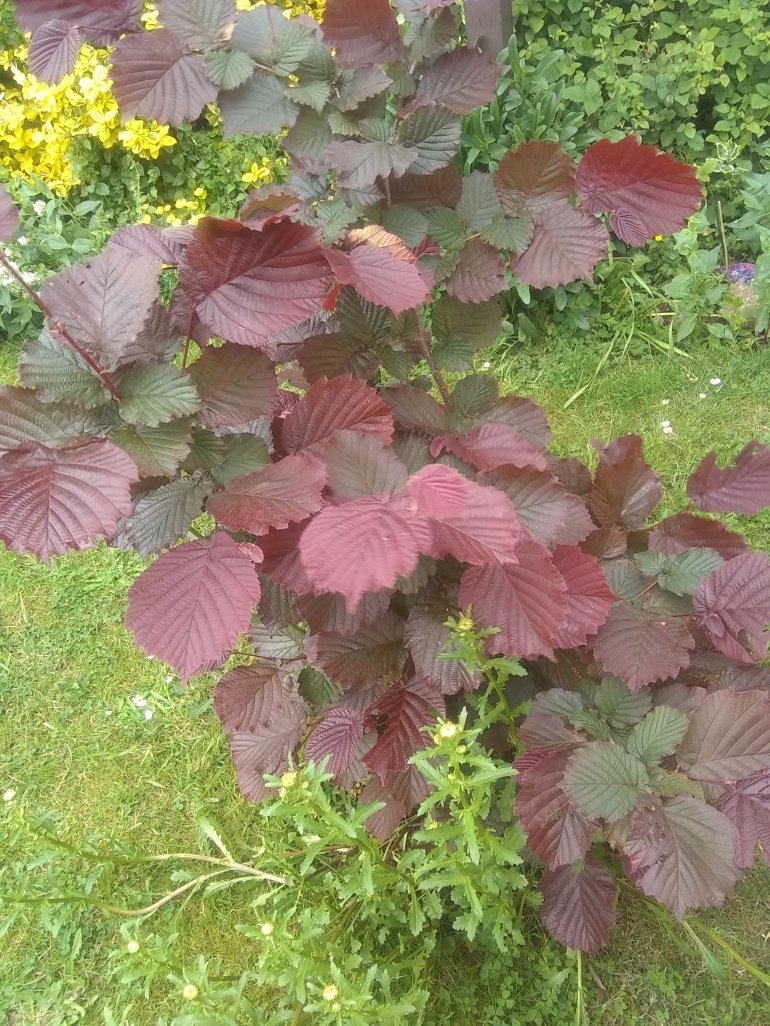 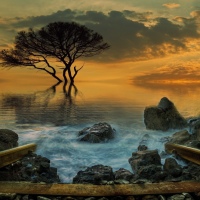 Publishers of The Mamba Journal